Edgar Wright’s Last Night in Soho comes with a big twist ending, but there are several clues scatted throughout the film that foreshadow the twist. Set both in the present day and in 1960s London, the film stars Thomasin McKenzie as Eloise (aka Ellie), a young woman studying fashion in present day London. She rents a room in Soho from an older woman, Ms. Collins (Diana Rigg), and at night, in her dreams, she travels back to the 1960s and inhabits the body of Sandie (Anya Taylor-Joy), an aspiring night club singer.

Along with being a supernatural time travel story, Last Night in Soho is also a murder mystery, with Ellie eventually trying to prove Sandie was killed by her lover and pimp, Jack (Matt Smith). Her proof , however, is largely visions she’s had and the experiences she’s lived as Sandie in the 1960s. Given her fractured understanding of what actually happened in the past, Ellie is shown to have been wrong in her assumptions. Instead of Jack killing Sandie, it’s actually the other way around and Sandie murdered Jack, along with all the other men who abused her. It’s also revealed that Sandie is still alive and is, in fact, Ms. Collins.

Related: Why Last Night In Soho’s Reviews Are So Mixed

When Ellie first comes to Goodridge St. to inquire about the room for rent, Ms. Collins gives her some ground rules. Chief among them is that no male visitors are allowed. At first, this seems to be a reasonable request, especially for someone of Ms. Collins’ age who rents exclusively to young women. Surely, the rule is there to save her and her tenants a lot of hassle. However, it’s also a tip-off that Ms. Collins is distrustful of men, hinting towards the terrible treatment she endured from men when she was the younger Sandie.

Along with her “no men” rule, Ms. Collins also remarks to Ellie during their first meeting that she’s seen a lot of girls come and go. This is the reason she gives when asking for an extra month’s rent upfront, suggesting she’s had women leave before paying their rent in full. What this line is actually referring to, though, are the many girls Sandie pretended to be during her time working for Jack. When she brought clients back to her room at night, she was a different girl each time – Alex, Lexi, Sandie; whoever they wanted her to be.

Ms. Collins Hasn’t Changed The Room Since The ’60s (When She Was Sandie)

Another hint at the connection between Ms. Collins and her past self is how little the room has changed since she was staying there as Sandie. She says she hasn’t been able to bring herself to change it and apologizes for it being old-fashioned, but, of course, it’s just perfect for the 1960s-obsessed Ellie. Now, exactly why Ms. Collins hasn’t changed the room isn’t clear, but it could be some combination of her not wanting to spend any more time in there than necessary and also her not wanting to completely let go of the past.

Ms. Collins Warns Ellie To Cover Up The Smell (Of Dead Bodies)

When giving Ellie the tour, Ms. Collins makes mention of putting the plugs in the drains during the summer months to keep out the smells. When this line is said early on in Last Night in Soho, it’s assumed she’s talking about bad smells coming up from the sewer and through the pipes, as can happen in an old city like London. However, once it’s revealed that Sandie has hidden the bodies of her victims within the house itself, it becomes clear she’s actually talking about the smell of the men’s bodies, which have been rotting away for over 50 years.

Once Ellie is moved in, Ms. Collins overhears her listening to various 1960s records and later tells her how that music is more of her generation’s than Ellie’s. This remark could easily be overlooked as something anyone of Ms. Collins’ age might say, but given Sandie’s dreams of being a singer, the music is a direct link between Ms. Collins’ past and present self, not to mention with Ellie. It’s not one of the more obvious clues, but it’s another reminder that Ms. Collins is of a similar age as Sandie – the exact same age, that is.

Ms. Collins Says She’d Have “Killed” John After Catching Him With Ellie

As Last Night in Soho‘s story moves along, Ellie breaks Ms. Collins’ no men rule when she sneaks John up to her room on Halloween. While they’re kissing on the bed, Ellie has a vision of what she believes is Jack murdering Sandie, and she freaks out. Her screams alert Ms. Collins, who comes rushing upstairs only to see John fleeing Ellie’s room. Ms. Collins immediately assumes John was attacking Ellie, and comments that’d she’d have “killed” him if she had caught him. Initially, this reaction comes across like Ms. Collins merely looking out for Ellie, but upon the reveal that Sandie actually did kill her own abusers, it’s clear Ms. Collins was being deadly serious.

By the time the film is nearing its conclusion, the clues that Sandie is Ms. Collins become more apparent. The first real obvious clue comes from Ellie being wrong about the old man’s identity: he isn’t Jack but rather Lindsey, a former policeman. Lindsey appears briefly in the past as a potential client for Sandie, but she quickly calls him out as a “copper.” The scene is an important setup for this later reveal, explaining how Lindsey would have known Sandie and how he was suspicious of her even all those years ago. The confirmation, though, that Ellie has been wrong about Lindsey’s identity is what spurs her to rethink everything and sends her on the path to discovering the truth.

Once it’s revealed the old man is Lindsey and not Jack, Last Night in Soho‘s casting of the actors themselves becomes a big clue towards the upcoming twist. Terence Stamp, who plays the older Lindsey, does not actually look very much like Matt Smith, who plays Jack in the past. It’s not so obvious at first because movies don’t always cast lookalike actors in the younger and older versions of the same character. However, once it’s revealed that Sam Claflin, the “copper” from Sandie’s past, is the young Lindsey, it’s clear he looks a lot more like Terence Stamp than Matt Smith does.

Following this logic, Anya Taylor-Joy, who play Sandie in the past, does look pretty similar to Diana Rigg, the present day Ms. Collins. Additionally, casting an actress of Diana Rigg’s stature in such a minor role as Ellie’s landlady doesn’t make a whole lot of sense, especially given Rigg’s rise to fame during the 1960s. All combined, it quickly starts becoming obvious that Rigg’s Ms. Collins has been the same character as Taylor-Joy’s Sandie all along.

Following Last Night in Soho‘s first twist involving the old man’s identity, the clues to Ms. Collins being Sandie become very obvious. The first of these is the ballerina statue Ellie sees in Sandie’s room during her trips to the past, and then again in Ms. Collins’ apartment when she finally confronts her. They’re the exact same statue some 50 years apart, and the fact that Ms. Collins has it in her home is a very big clue she’s actually Sandie.

Alexandra Collins Is The Name On Sandie’s Mail

Last Night in Soho gives near confirmation that Ms. Collins and Sandie are the same person when Ellie looks at Ms. Collins’ mail. Her letters are addressed to Alexandra Collins, as Alexandra is Sandie’s full name. “Sandie” is only nickname, as were other shortenings of her name, like Lexi and Alex. As Ellie is putting this together, Ms. Collins comes right out and confirms her every suspicion: she is Sandie, and it wasn’t her murder that Ellie saw in her vision. It was Jack’s. She doesn’t stop there, as she continues to reveal she didn’t just kill Jack, but she killed every single one of the men who used her. In the moment, the reveal that the dear old Ms. Collins is a serial murderer is shocking, but once the truth is out, it becomes clear how Last Night in Soho has been dropping clues to the twist all along.

Paranormal Activity: Next of Kin — Is the Demon Asmodeus Real? History Explained 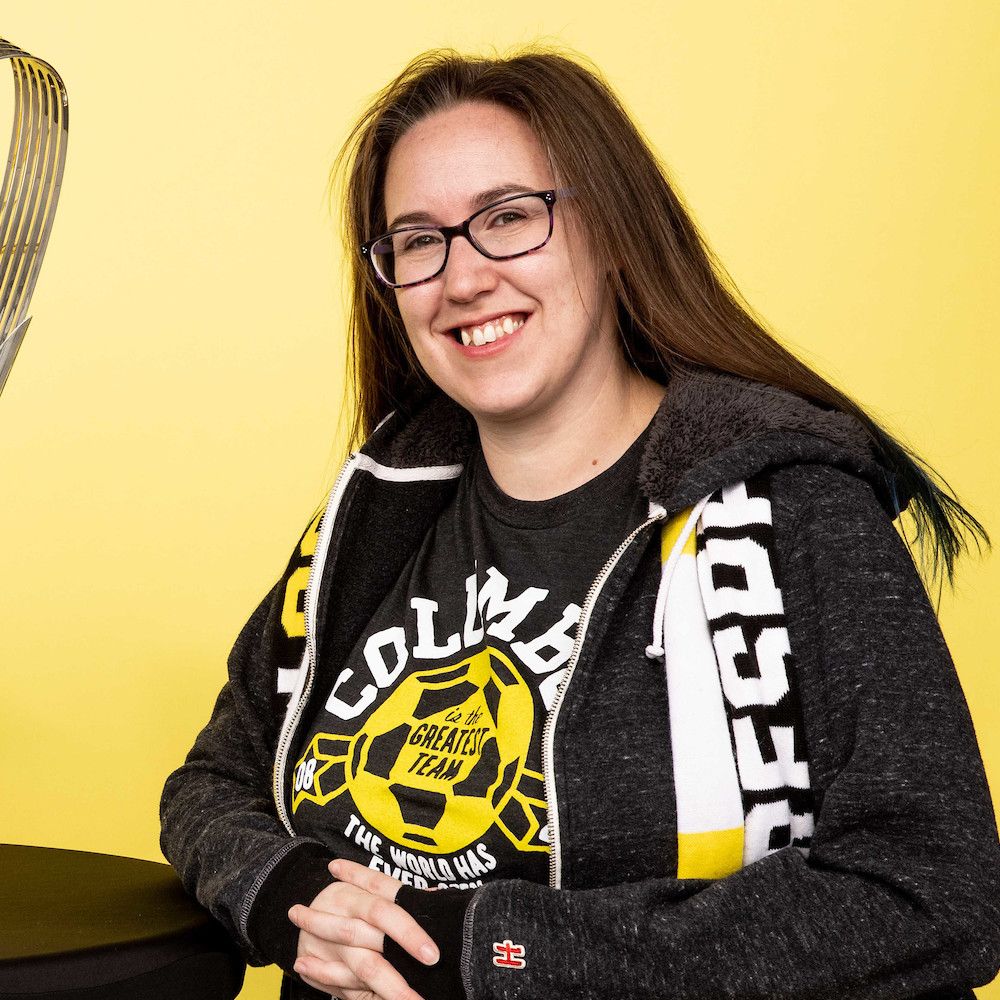 Sarah Moran is a news editor for Screen Rant and has been contributing to the site since 2014. She primarily writes features and covers the ongoing development of current movies and television shows. Sarah is a graduate of THE Ohio State University where she earned her B.A. in Film Studies in 2009.

Sarah’s favorite movies range from studio era classics to the latest sci-fi and superhero blockbusters. Her favorite TV shows are animated, and she’s always up to watch a documentary. Sarah spends her free time playing too many video games and proudly supporting the Columbus Crew, the greatest team the world has ever seen.