Poster art for Spider-Man No Way Home made by a fan artist features the web slinger and potential villains in Doctor Strange’s Sanctum Santorum.

Stunning Spider-Man: No Way Home poster art features the web slinger and members of the Sinister Six in Doctor Strange’s Sanctum Sanctorum. The film, set to release in theaters on December 17th, follows Spider-Man coming face to face with threats from different universes after Doctor Strange attempted to alter their timeline. Actors from previous incarnations of Spider-Man, such as Alfred Molina’s Doc Ock, return to fight the current Spider-Man, as seen in new Spider-Man No Way Home images.

The fan poster was created by Venomhology, a popular artist out of Dubai who features his poster concepts and fan art on Instagram. Some of his notable pieces include a rendition of Will Poulter as Adam Warlock following the news of his casting for Guardians of the Galaxy Vol. 3, Wanda in her updated costume from the ending of WandaVision, and a mock poster for the rumored World War Hulk project from Marvel. Currently, his page has accumulated over 53,000 followers.

Related: Will Maguire & Garfield Have New Spider-Man Suits In No Way Home?

On October 23rd, Venomhology uploaded poster fan art for Spider-Man No Way Home that features Spider-Man and members of the Sinister Six in the Sanctum Sanctorum. Venomhology highlights some images that have already appeared in the trailers for the film and others who have gone toe to toe with the wall crawler in Sony’s previous productions. The original post can be seen below:

With Doc Ock and the pumpkin bomb being featured in the trailer, the left hand side of the poster highlights what has already been shown. The right side features what could appear. The Amazing Spider-Man saw Andrew Garfield’s rendition of Peter Parker take on the Lizard (portrayed by Rhys Ifans), then Jamie Foxx’s Electro in the sequel. However, it is not known whether these versions of the villains will be featured in the latest film. Sam Raimi’s version of Spider-Man with Tobey Maguire also featured a version of Doctor Curt Conners, the man who becomes the Lizard, portrayed by Dylan Baker.

Foxx’s Electro is also not the only electrical based villain that could show up, as Bokeem Woodbine appeared as the Shocker in Spider-Man Homecoming. The film’s director, Jon Watts, says No Way Home is like Avengers: Endgame and will feature characters from every Spider-Man series. With a variety of villains, some with multiple portrayals and a few with common traits or abilities, it remains unclear which six will make up the hero’s infamous rogue gallery.

Venomhology’s work does a great job highlighting the character’s stand for justice and the ever increasing odds that rise against him. As more information about the upcoming film is revealed, it will be interesting to see if his choices for the villains’ roster are correct, as well as which other two will join in the battle. The film will only continue to draw speculation and intrigue. Hopefully, Spider-Man: No Way Home can manage and meet the expectations of fans they are continuing to build upon.

Next: Spider-Man: No Way Home: Why It’s Better If Garfield & Maguire DON’T Appear 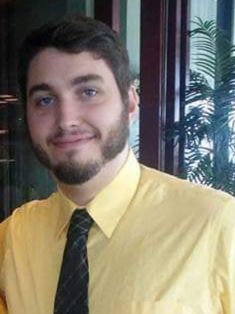 Morgan Altland is a writer for the Television/Movie News team. During his undergraduate schooling at Oswego State University, Morgan was a writer and editor for the Laker Review section of Oswego’s student run newspaper, “The Oswegonian.” Morgan also spent time writing poetry, short stories and plays that have been published, as well as performed live. Some of Morgan’s favorite topics included animation/anime, super heroes and comedies.